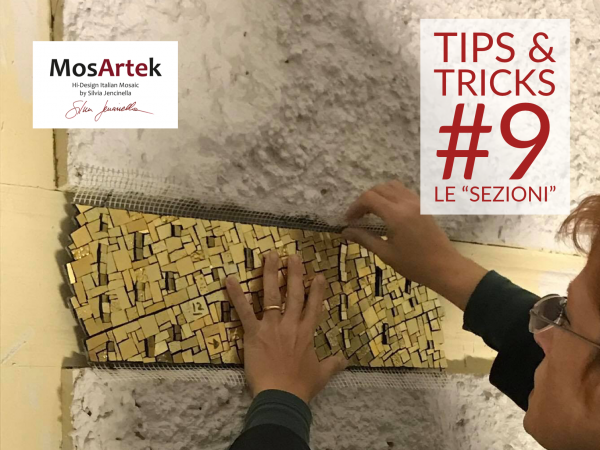 From the late 19th century, architectural mosaic processing methods have been developed which allow the work to be prepared in the artist’s workshop, and later assembled in its destination site «section»-wise.

Before, works had always been performed on site – like in the ancient times.

Modern methods allow the mosaicist to work more relaxed, rationally and comfortably in his laboratory.

A mosaic artwork must be:

The size of each section depends on factors which include:

In some cases, the edges of the sections are not fully defined in the lab, but rather finished on site, placing sections next to one another and working the «seams» by direct method.

The difference between a professional mosaicist and a hobbyist is actually visible with the naked eye.

If the joints (seams) between sections of an architectural mosaic work are conspicuously evident, this is a clear sign of lack of professionalism.

An architectural mosaic of high value is not the work of pure chance, improvisation, or haste.